The Dashboard Stats present your sales activity as an easy to digest overview. While simple in appearance, they allow you to gain meaningful insights into how your sales (and potential sales) are tracking over time. 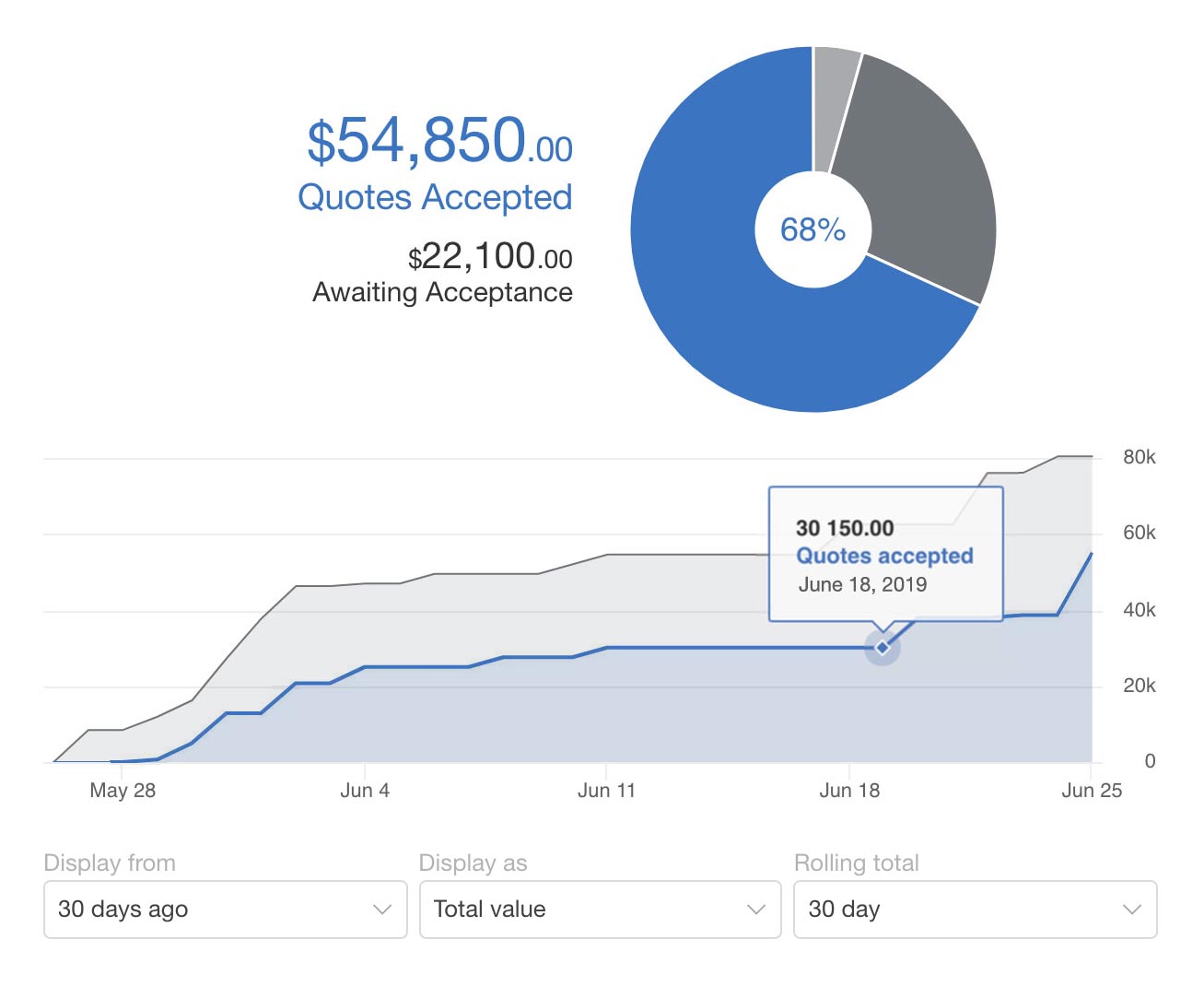 Data is pulled from your quotes and displayed together in a pie chart and a line graph. This is a representation of your data for the timeframe and options defined by your filters.

The pie chart displays the percentage of Quotes Accepted and those that are still Awaiting Acceptance. If quotes have expired or have been declined then these will display as a Not Accepted percentage.

The line graph displays actual values of Quotes Sent and Quotes Accepted over the selected timeframe. The chart is plotted by day, or smoothed out as 7 or 30 day rolling values, depending on what filters are selected.

The filters affect both the pie chart and the line graph. They can be selected from these three drop-down menus:

Rolling total – 1, 7, and 30 days as a rolling total. This filter only affects the line graph.

Quotes excluded from the Dashboard Stats

Draft Quotes are not counted in the Dashboard Stats.

What if a Quote was sent in a different month/year to when it was accepted?

What if a Quote was originally sent in one month and re-sent in another month?

How do the rolling totals work?

How can I get more advanced analytics and reporting?

If you need to dig deeper, you can export your raw quote data as a CSV file. You can then compile your own custom statistics in a spreadsheet, like Google Sheets or Microsoft Excel.